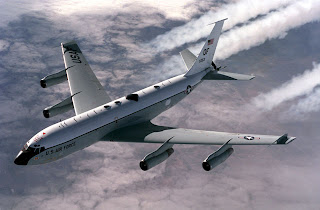 As the Cold War entered its most heightened period in the 1960s, the United States shifted its nuclear deterrent strategy from massive retaliation to that of what was called "flexible response"- instead of one all-out retaliatory launch, flexible response meant that the President and the National Command Authority (NCA) would have the ability to conduct a more limited nuclear exchange against specific targets. Implicit in the shift to flexible response was the need to have a secure and survivable link to all of the elements of the nuclear forces even after an initial nuclear strike on the United States.

Even though a 15-minute ground alert for the bombers of the Strategic Air Command and alternate underground command centers (in addition to SAC Headquarters at Offutt AFB in Nebraska, there were alternate command posts at Barksdale AFB, Louisiana, March AFB, California, and Westover AFB in Massachusetts) improved the survivability of SAC's nuclear assets, improvements in the Soviet ICBM force meant that only an airborne platform would be the most survivable command post and in 1960, that meant basing such a command post on the Boeing KC-135 Stratotanker.

In July 1960 not only had SAC managed to put one-third of its bomber forces on a 15-minute ground alert, but it began a six-month experiment on using KC-135s converted into airborne command posts in the event that the ground command posts were knocked out by a Soviet missile strike. Five KC-135s were put on ground alert at Offutt AFB and tested on their ability to not only takeoff within 15 minutes, but also their ability to perform as an alternate command post and assume control of the nation's bomber and missile deterrent in the event of the loss of the primary command posts. On board each KC-135 was an AEAO- Airborne Emergency Action Office- at first a SAC colonel, but later a general, who would assume command in the event communications were lost with the SAC HQ and the National Command Authority. After six months of testing, the program was a success and the head of SAC, General Thomas Power, ordered more KC-135s converted into emergency command posts.

By July 1961 50% of SAC's bomber forces were now on 15-minute ground alert in addition to Chrome Dome, having a portion of SAC's B-52 Stratofortresses on airborne alert as well. The Titan II and Minuteman ICBMs were quickly replacing the more cumbersome Atlas ICBM as well.

The first operational Looking Glass airborne command post mission flew on 3 February 1961. The name Looking Glass indicated that the entire PACCS network "mirrored" the functions of SAC's underground command posts. The primary Looking Glass EC-135 maintained the airborne alert with other EC-135s that functioned as auxiliary command posts and relay aircraft sitting on 15-minute ground alert. On 17 April 1967 the battle staff aboard a Looking Glass aircraft demonstrated the ability to launch a Minuteman ICBM from Vandenberg AFB in California. In addition, a command post dedicated to the President sat alert at Andrews AFB under the code name Night Watch. In 1974, the Night Watch aircraft were upgraded to the larger and more capable E-4A Advanced Airborne National Command Posts (AABNCP).

In the event of a national emergency, the Looking Glass EC-135 would orbit over the central USA along with two auxiliary EC-135 command posts (called AUXCAPS). Three more EC-135s would scramble and these were designated ALCCs (Airborne Launch Control Centers) and they would orbit over the ICBM missile fields in Wyoming, Montana, and the Dakotas. Two more EC-135s would act as radio relay platforms to connect the President aboard the E-4 command post to the Looking Glass aircraft and the AUXCAPS aircraft.

Should contact be lost with the National Command Authority or SAC HQ in Omaha, after satisfying a strict set of guidelines, the battle staff aboard the Looking Glass would assume control of the US nuclear forces and "assess battle damage, communications, radioactive fallout and the location and strength of surviving forces". Once responsible for executing the SIOP (Single Integrated Operations Plan, the nation's nuclear battle plan), four officers on the Looking Glass all had to validate the intent to launch and simultaneously turn their launch keys. The four officers were the AEAO, the communications officer, the operations officer, and the aircraft commander.

The final Looking Glass mission landed at 2:28PM EDT on 24 July 1990, ending what had been a continuous airborne alert by Looking Glass command posts since the first flight in February 1961. Only twice did the airborne alert get interrupted, both times to drop off an critically ill crew member and relaunching within 20 minutes. Today the role of Looking Glass has been assumed by the Navy's E-6B Mercury TACAMO force which for the first time allows airborne control of all three elements of the nuclear triad- bombers, ICBMs and the SLBMs aboard the Navy's Ohio-class ballistic missile submarines.