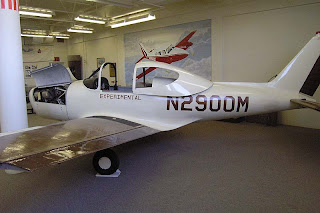 Long before the Cirrus SR22 series of composite aircraft flew, and even long before the composite Beech Starship flew, there was a general aviation aircraft that was made of all glassfiber plastics in an effort to make an affordable two-seat training aircraft that was easy to build. In mid-1958, Piper Aircraft started development of the PA-29 Papoose with the intent of putting an aircraft to market that would cost substantially less to build than other comparable types that used standard construction techniques and materials.

The Papoose was to be made entirely of a honeycomb sandwich material with the top and bottom layers made of 0.79mm glassfiber cloth surrounding a 9.5mm core of paper honeycomb and the sandwich was formed in high-temperature epoxy plastic moulds. As parts and airframe components could be pre-moulded, the entire Papoose airframe had just over 100 parts. The engine used was a 108-horsepower four-cylinder Lycoming engine. Flight trials started in 1963 but details are limited and the difficulty in reliably reproducing the composite components led to Piper abandoning the Papoose project and the sole prototype is now on display in the Piper Aviation Museum in Lock Haven, Pennsylvania.

Now be honest. You were entertained by saying to yourself "Piper Papoose Plastic Plane now in Pennsylvania." I know I did.