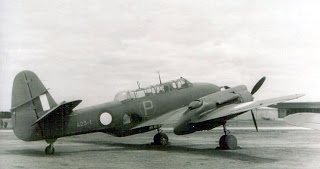 With the specter of war looming in the Pacific, the Australian government issued a requirement in 1940 for a twin-engine dive bomber that could also perform the role of torpedo bomber to replace the program to build the Bristol Beaufort light bomber in Australia. At the time of the Australian specification, urgent needs in the UK during the Battle of Britain saw many of the needed components being diverted to British defense needs. The specification called for a light bomber to exceed the performance of the Beaufort and by being locally-designed and built by the Commonwealth Aircraft Corporation (CAC), it could be designed from outset to meet the Royal Australian Air Force's needs.

Led by the CAC's chief designer, Lawrence Wackett, the resulting aircraft was initially designated the CA-4 and powered by two Pratt & Whitney R-1830 1,200-horsepower radial engines with a crew of the three. The most unique aspect of the CA-4 design were remotely-controlled twin gun turrets in the aft end of each engine nacelle controlled by the rear gunner. Each turret had twin 0.303 guns and there were an additional four 0.303 guns fixed forward in the nose fired by the pilot. In addition, the underside of each nacelle contained a bomb bay that could carry two 250 lb bombs.

The CA-4 prototype made its first flight in September 1941 and was found to have handling and stability issues. Armament trials the following year with the RAAF showed that the locally-designed sighting system also had numerous technical deficiencies. But the design proved so promising that orders were placed in March 1942 for an improved version of the CA-4 designated CA-11 and named Woomera (a woomera is an elongated bowl-like tool used as a spear throwing device by the Aborigines to extend the arm's moment arm).

The improved CA-11 used elements of the sighting system and turret controls from a Boeing B-29 Superfortress as well as aerodynamic refinements to improve its handling and performance. By the time of the CA-11 Woomera's first flight in July 1944 dive bombing and torpedo bombing were less important as they were when the design was first conceived in 1940. In addition, there were numerous Allied aircraft already in production and easily available that filled many of the roles planned for the Woomera- particularly the Bristol Beaufighter and the North American B-25 Mitchell, for example. Flight tests also showed that while handing was improved, but there were vibrations in the tail section that could lead to structural fatigue. As CAC's engineers were heavily tasked with other projects and there was a shortage of skilled personnel, the CA-11 Woomera was quietly shelved.