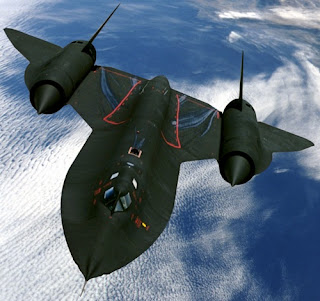 The Lockheed SR-71 Blackbird's first operational mission took place on 21 March 1968 out of what was designated OL-8 (Operating Location 8) which was Kadena AB on the Japanese island of Okinawa. The 9th Strategic Reconnaissance Wing of Beale AFB, California, had just been formed two years prior to bring the two-seat Mach 3 spyplane into service. For several years prior to the Blackbird's entry into service, the CIA had been operating its single seat predecessor, the A-12, which had the code name "Oxcart" and this particular variant was retired in the same year that the SR-71 became operational.

Though the A-12 in CIA hands had made several overflights of North Vietnam in support of the war effort in Southeast Asia (the first flight having been made to see if North Vietnam did have any surface to surface short range ballistic missiles, which they didn't), the first SR-71 operational mission would fly over North Vietnam on a similar routing as the CIA flights just 10 months earlier. With Major Jerry O'Malley flying and Captain Ed Payne as his RSO (Recon Systems Operator), the Blackbird's first mission not only carried a battery of optical cameras but also a side-looking radar (SLAR) in the nose bay. After making their first run across North Vietnam, the SR-71 crew conducted an airborne refueling over the South China Sea before accelerating back to Mach 3 for a second run, this time over the DMZ area. On this second run, the SLAR would be the primary instrument.

Although the flight had to abort landing at Kadena due to weather and instead diverted to Taiwan, the high-definition SLAR imagery around the Marine Corps base at Khe Sanh which was under siege at the time revealed numerous artillery emplacements and a large supporting truck park that had eluded the optical sensors of other reconnaissance aircraft. Within a few days of that first operational mission, US aircraft targeted the artillery emplacements and staging areas uncovered by the SR-71 SLAR run and effectively broke the 77-day siege of Khe Sanh. Both Major O'Malley and Captain Payne were awarded the Distinguished Flying Cross for their flight that was instrumental in saving Khe Sanh.