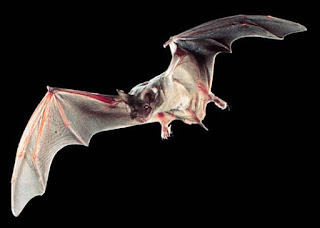 When Colonel William J. Donovan formed the Office of Strategic Services (OSS), the CIA's antecedent organization in World War II, one of his first acts was to create a research and development branch headed by noted chemist Dr. Stanley Lovell. Lovell's R&D section of the OSS was composed of engineers, chemists and other technical professions he recruited from American industry and academia. Their purpose was to develop the tools and weapons not just for espionage but for unconventional warfare and weaponry.

One of the projects the OSS examined was suggested by a civilian dentist, Lytle Adams. Project X-Ray sprang from Adams' suggestion that small incendiary device could be attached to a bat. These bats would be released over Japan and the bats would roost in inaccessible places on buildings that were predominantly of wood construction. After a time-delay, the incendiary would go off, and fires would break out all over Japanese cities.

Louis Frieser, the inventor of napalm, created a one ounce timed-delay incendiary that was attached to the Mexican free-tailed bat, a prolific bat species found throughout the American Southwest. The bat bomb itself had forty trays, each holding 26 bats. Dropped from at least 5,000 feet, the bomb descended by parachute before the casing opened at 1,000 feet, dispersing the bats. By dropping the bombs at dawn, the bats would instinctively seek shelter in buildings. It was estimated that 10 Consolidated B-24 Liberators each carrying 100 bat bombs staging from Alaska could release over 1 million bats over the industrial cities around Tokyo and Osaka.

Tests conducted at Carlsbad Army Air Field in New Mexico resulted in the burning down (unintentionally) of several new hangars at the base. Further tests validated the concept but by 1944 the project was canceled it as it wouldn't be ready by 1945.