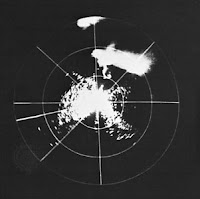 When the Tupolev Tu-16 Badger and Myasishchev M-4 Bison were revealed to the public at the 1954 May Day Parade in Moscow's Red Square, the United States realized that the Russians now had high-performance jet bombers capable of delivering atomic bombs to US cities. The USAF, via the Rome Air Development Center in New York, had the previous year started a program with General Electric on using jammers to modify the radar echoes of coastlines, rivers and cities to confuse the mapping radars used on strategic bombers. With the Badger and Bison unveiled in 1954, the work with GE took on added urgency.

In cooperation with the Strategic Air Command, GE engineers ran a test called the "Baltimore Project" to determine the nature of radar returns coming from a large city. A SAC Boeing B-29 with an APS-23 bombing/navigation radar was fitted with a selectable attenuator and the B-29 would overfly Baltimore, Maryland at different directions and with the attenuator set at different levels. This way they could filter out all but the strongest radar echoes. Combined with ground surveys of the areas of the city that were the most radar reflective, it was determined that oil storage tank farms were the most reflective followed by railroad yards and then factory complexes.

The engineers at GE then came up with what was called the Distributed Area Jammer (DAJ) which was a simple repeater that fit into a cylinder six inches across and 14 inches long. Twenty prototype DAJs were built which were installed on telephone poles and powered by the local power grid. They estimated that each DAJ unit would cost about a thousand dollars.

Tests using the prototype DAJs were conducted on Cape Cod, Massachusetts to see if they could use the jammers to alter the radar echoes of the coastline, which they found was easily accomplished by spacing the DAJs in a grid pattern a mile apart from the next DAJ. It was also found that clustering the DAJs close together produced a false radar echo that looked like a major city.

As preparations for production began with the intent of protecting a limited set of potential targets, Congress got wind of the DAJ project and each senator and representative demanded that their constituents be protected with a DAJ network. As a result, the cost spiraled upward as the USAF found that the number of DAJs needed just to protect the Eastern Seaboard alone made the cost unfeasible. As a result, the DAJ program was cancelled and it never went into production.