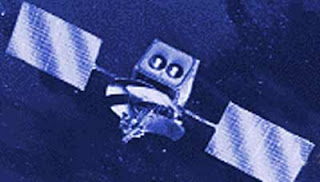 No launch vehicle is so closely identified with the satellite communications industry than the Delta rocket. A direct descendant of the 1950s Thor intermediate-range ballistic missile and initially known as the Thor-Delta, through the 1960s the Delta rocket had firmly established its reputation as a reliable medium-lift launch vehicle that had not only orbited the first telecommunications satellites (Echo, Syncom, Telstar) but also the first weather satellites (TIROS) as well as a wide range of scientific probes (the Explorer series and the OSO solar-observation satellites). The vehicle was progressively modified for increases in capacity and performance but the real revolution launched aboard the Delta rocket would come in 1972.

The early Delta rockets used the Rocketdyne MB-3 liquid fuel engine for the first stage, the MB-3 being derived from the MA-3 engine that Rocketdyne built for the Atlas ICBM. Rocketdyne began work on a successor engine called the H-1 that would be used on the Saturn IB rocket for NASA. Having progressively tweaked the design to a nearly 50% increase in thrust, Rocketdyne built 322 H-1 engines for NASA and it was a relatively easy task to adopt the proven H-1 to be the new Delta first stage engine as the RS-27.

At the same time the Delta got a new, more powerful engine, in June 1972 the Federal Communications Commission decided to allow private companies to compete for domestic satellite communications. Prior to this, only international communications had any competition. RCA Global Communications was the first out of the gate by leasing transponder space on Canada's Anik 1 satellite. Anik followed the trend of communications satellites of they day- it was drum shaped and spin-stabilized, with solar cells on the drum and the antennas atop the drum on a de-spun mount that pointed to Earth from geostationary orbit. On 13 April 1974, Western Union's Westar 1 was launched aboard the Delta to become the first American domestic communications satellite after the 1972 FCC decision. Westar 2 soon followed into orbit.

But for RCA, this wasn't enough just to use rented transponders on other companies' satellites. RCA developed its own line of satellites, the RCA Satcom series, but unlike the spin-stabilized designs of the day, RCA Satcom 1 was three-axis stabilized with long solar panel "wings" that could be pointed to the sun for optimum efficiency which meant more power for the communications transponders and more importantly, the ability to power more transponders than was possible on a spin-stabilized satellite.

Unfortunately, Satcom 1 and its family were too heavy for the existing Delta rockets but were too light for the next vehicle up, the Atlas-Centaur. In negotiations with NASA and the Delta's builder, McDonnell Douglas, RCA signed a unique contract with McDonnell Douglas paying for a portion of the development of a new, more capable Delta rocket that used the RS-27 engine and added three Castor IV solid rocket boosters built by Thiokol to increase the lift capacity of the rocket. It was the first time in history that a private company funded launch vehicle development.

On 13 December 1975 a Delta 3914 rocket launched RCA Satcom 1 into geostationary orbit, making it the first three-axis stabilized communications satellite in space and the first satellite launched on a rocket that was partly funded by a private company, RCA.

The success of the new Delta versions was immediate and the rocket would dominate the telecommunications satellite market until the arrival of the European Ariane launcher in the 1980s.

There's an interesting historical sidenote to RCA Satcom 1- Sid Topol, the president of a communications company called Scientific Atlanta, brought together a small Pennsylvania-based cable TV provider that had only 8,000 subscribers. The cable company also showed unedited commercial free movies and pay-per-view boxing matches and was having trouble expanding, having to rely on a costly network of microwave relay towers. On the heels of the 1972 FCC decision, Topol proposed that his company would build ground stations that would allow the cable TV provider to use RCA Satcom 1 to broadcast its content to other cable providers around the nation. A cable TV provider in Vero Beach, Florida, agreed to be a test market with its network of 10,000 subscribers for this innovative service that was an instant success.

The name of that small, struggling, Pennsylvania cable TV provider? Home Box Office. That's right, HBO. You all know the rest of the story from there!

Source: To Reach the High Frontier- A History of US Launch Vehicles, edited by Roger D. Launius and Dennis Jenkins. The University Press of Kentucky, 2002, p128-130. Additional information from http://kevinforsyth.net/delta/backgrnd.htm.
at 20:46