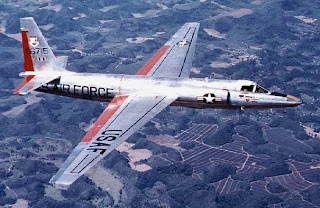 If there was any one factor during the Cuban Missile Crisis of 1962 that could have escalated the situation out of the control of President Kennedy and Premier Khrushchev, it wasn't the threat of an American invasion of Cuba and believe it or not it wasn't the presence of the SS-4 and SS-4 medium-range ballistic missiles that targeted most of the Continental United States. It was the presence of tactical nuclear weapons not just on Cuba itself (2 kiloton warheads on the battlefield FROG rockets) but the tactical nuclear weapons on the periphery of the crisis that had release authority vested in lower-ranking officers.

Case in point, each of the five diesel-electric submarines the Soviet Navy deployed to Cuba to monitor the merchant fleet that was bringing war materiel and personnel the island each had single nuclear-tipped torpedo amongst the conventionally-armed torpedoes normally carried. There were tense moments and the quarantine line Kennedy ordered ships carrying military cargoes bound for Cuba had to turn around or stop and be inspected by US Navy warships and in some cases, US ASW forces were tracking and hounding these very submarines, tempting their captains to fire their single nuclear torpedo. But it didn't happen there, thankfully, but there was a routinely scheduled U-2 flight from Alaska half a world away that nearly triggered an escalation of the Cuban Missile Crisis.

On the same day on 27 October 1962 Major Rudolf Anderson, Jr's U-2 flight was shot down over Cuba by an SA-2 SAM missile, a world away at Eielson AFB in Fairbanks Major Chuck Maultsby took off in a U-2 headed to the North Pole on a high-altitude sampling flight to try and collect particle debris from Soviet nuclear tests on the Arctic island of Novaya Zemlya. Upon collecting the required samples, Maultsby set course for Alaska but erred in his navigation and instead started heading towards the eastern peninsulas of Siberia. A rescue Douglas C-54 Skymaster airborne to support his flight noted the start of sunrise and Maultsby reported he didn't see a sunrise indicating he was far to the west of the return path and entering Soviet air space.

US radar sites in Western Alaska detected the MiG-19 fighter scrambled to intecept the lost U-2 who made an immediate turn to the east post-haste! At the same time, two USAF Air Defense Command Convair F-102 Delta Dagger interceptors were scrambled to counter the MiGs and guild the U-2 home. On each Delta Dagger were nuclear-tipped GAR-11 Nuclear Falcon missiles.

Five days earlier when the Strategic Air Command and the US armed forced worldwide went to DEFCON-2 (one stage of full war with the Soviet Union), tactical nuclear weapons like the GAR-11 Nuclear Falcon were loaded on ADC interceptors and entrusted to lower-ranking officers. The GAR-11's warhead was only 0.25 kiloton, but there were larger warheads equally entrusted like the 40-kiloton warhead used on the Nike-Hercules SAM sites that protected the US industrial centers.

So now over the Bering Sea, nuclear armed F-102 Delta Daggers have scrambled under DEFCON-2 preparations to rescue an errant U-2 under pursuit by two Soviet MiG-19s. Maultsby didn't have enough fuel to land back at Eielson AFB but made a deadstick landing at a small Alaskan airfield and the MiGs broke off pursuit and returned to the bases. The Air Defense Command F-102s never got into missile engagement range of the MiG-19s, but the event sent reverberations through Washington and Moscow. Moscow saw the U-2 flight as a prelude to a nuclear bomber strike over the North Pole and Khrushchev protests vigoruously on the 28th to Kennedy, berating him for this "provocation". Kennedy, in a rare moment during the Cuban Missile Crisis, was forced to apologize to his protagonist and to seek every measure to make sure it doesn't happen again.

Kennedy was pissed, to say the least, berating his special Executive Committee of close advisors (ExComm) expasperated "There's always some sonofabitch that doesn't get the message!" Privately Khrushchev consigned the U-2 flight as a navigational error and not a true prelude to an attack- quite possibly the smartest decision he made during the crisis!