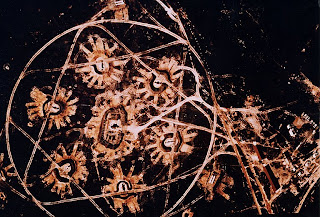 For the first ten days of the 1973 Yom Kippur War, the Egyptians held the clear advantage in the Sinai having crossed the Suez Canal on the first day of the war on October 6. The massed Egyptian formations that were firmly established on the east bank of the Suez Canal were protected from attack by Israeli warplanes by a dense network of SA-2 "Guideline" SAM sites on the Egyptian side of the canal. Combined with an overwhelming advantage in tanks and soldiers armed with anti-tank weapons, it was not until the Syrian offensive into the Golan Heights had been repulsed and pushed back into Syria that the tide began to turn in favor of the Israelis.

In the middle of the night on October 16, an Israeli paratroop brigade under the command of Colonel Danny Matt crossed on the west bank of the Suez, establishing a bridgehead for follow on Israeli forces to push into the Egyptian rear. Already two Egyptian armored divisions had crossed the canal to supplement the large forces established nearly along the entire length of the east bank of the Suez. Prepared to engage Egyptian armored units, Matt's brigade carried over 300 LAW missiles as well as bazookas and recoiless rifles until sufficient Israeli tanks could cross the canal to provide support. Through the night, however, Gilowa wheeled ferries were used to carry Major Giora Lev and his fourteen Centurion tanks to the Egyptian bank of the Suez along with a company of infantry M113 armored personnel carriers.

After an initial raid led by Major Lev against an Egyptian supply depot housed in a former airfield, he was contacted by General Haim Bar-Lev, commander of the southern front in the war. Bar-Lev gave him a most unusual order:

"Do you see the flowers on your map?"
"What flowers?"
"Do you see numbers in red?" Next to each was what Major Lev thought looked like a daisy.
"Yes, I see them."
"Destroy all those in your area. Out."

Lev assigned his brigade commander, Haim Erez, to take a force of 21 tanks to destroy the "flowers". Erez was just as mystified as Lev as the significance of the flower markings on their maps. Destroying several small Egyptian units, missile transporters and supply columns on the way, Erez's tanks came upon the first site which turned out to be an SA-2 missile site, one of several in his sector that provided a protective umbrella over the Egyptian bridgeheads in the Sinai. A reservist with Erez was an engineering student and explained that the "flowers" were the distinctive six-pointed layouts of the SA-2 launchers with the control equipment and radars in the center. On a sixty-mile run from Colonel Matt's bridgehead that brought Erez's force within 30 miles of Cairo and back, they had destroyed enough SA-2 sites to create a hole in the SAM umbrella that would soon be fully exploited to turn the tide of the war in Israel's favor.

It marks the only time thus far in military aviation history that tanks were used in the role of the suppression and destruction of enemy air defenses, a role traditionally carried out by specialized aircraft (like the USAF's Wild Weasels) or specialized missiles (like the Shrike or the Standard ARM).