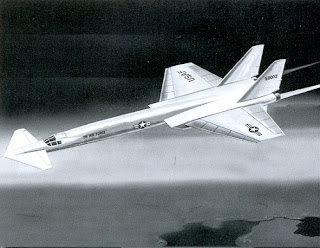 In 1910, German chemist Alfred Stock began to experiment with taking hydrocarbon-based compounds (all fossil-fuels are hydrocarbon-based) and using boron as a substitute for carbon. Given that boron's nearest neighbor on the periodic table of the elements is carbon, Stock was intrigued by the possibility of using boron-based compounds. While successful in making small quantities of boron-based compounds, the process needed was tremendously expensive and yielded little product which at the time had no practical applications. However, in the 1930s, boron's potential began to emerge when it was found that boron-based materials produced a very high heat than the corresponding carbon-based compounds, making boron-based fuel worth studying. Prior to the Second World War, pentaborane and other boron-based compounds were synthesized, but again, practical applications were still lacking despite the promise as a high-energy fuel. At the end of the war, the U.S. Army organized a pilot program to produce boron hydrides (the boron counterpart to hydrocarbon compounds) in more significant quantities as a possible rocket fuel. The boron hydrides created could produce up to 30,000 BTUs/lb, compared to 18,000 BTUs/lb for comparable hydrocarbon fuel.
General Electric opened a boron hydride research facility in Malta, New York in the early 1950s to continue the work started by Alfred Stock forty years earlier and managed to several hundred pounds of boron hydride compounds for research use. A plant in Muskogee, Oklahoma, also operated under a government contract to synthesize more boron hydride compounds and managed to produce 300,000 lbs of boron fuel. By the early 1950s the possibilities of boron fuels got the attention of jet engine manufacturers. Various high-energy fuels (HEFs) were studied like liquid hydrogen, for example, but boron fuels offered the most promise as they weighed the same and occupied the same volume as conventional jet fuels. For a given quantity of boron fuel versus conventional jet fuels, as much as 40% more energy could be produced. Because boron HEFs had such similar properties to jet fuels, they could be handled and used similarly, unlike liquid hydrogen fuels.
GE led the way in boron HEF research in jet engines, operating a modified J79 turbojet engine at NASA's Lewis Flight Propulsion Laboratory to run on boron HEF. Calculations showed that if boron HEF were used only in the afterburners along with regular JP-class fuels, a range increase of 16% was possible. If the same aircraft were to use boron HEF exclusively, an range increase of 30% was possible. From the viewpoint of the United States Air Force, aircraft using boron HEF would have longer range and be less reliant on air refueling. In addition, 95% of the world's boron oxide was located outside of Soviet-controlled areas, with the vast majority of those boron deposits in the desert regions of California and Utah. Despite the promise it held, by 1955 the USAF had still to set up any organized study of boron HEF.

Despite official disinterest, the US Navy's Bureau of Aeronautics did fund boron HEF studies starting in 1952 under Project ZIP in which two chemical companies were contracted to produce boron HEFs. As a result of the Navy's funding, boron HEFs began to be known as "zip fuels". One of the contractors produced a 10-boron compound called decaborane which showed the most promise. The Navy's work got the USAF's attention and decaborane would be designated HEF-3 and all research efforts focused on the use of HEF-3 with the USAF taking over direction of GE's boron fuel work. By 1957, GE reported to the USAF that HEF-3 was a feasible, but that significant technical hurdles remained given the high toxic nature of HEF-3 and the fact that boron oxide deposits were left on engine components which accelerated wear and tear of the powerplants.
About this time both Boeing and North American were working on the WS-110A (Weapons System 110A) project which would ultimately result in the North American XB-70 Valkyrie. The stringent specifications of WS-110A called for Mach 3 speed but intercontinental range for a new supersonic bomber to replace the Boeing B-52 Stratofortress. HEF-3 became an attractive fuel option for both companies even though the USAF and the Strategic Air Command never specifically directed the use of HEF-3 as a requirement. In December 1957, North American was selected by the USAF's B-70 Program Office as the winning contractor in the WS-110A competition. The Program Office suggested that use of HEF-3 on the XB-70 would be the most economical means of getting the required 6,500 mile range. While still not requiring HEF-3 for the design, funding was made available for the modification of the intended powerplant of the XB-70 Valkyrie, the GE J93 engine, to run on HEF-3. Design work on the XB-70 at North American proceeded on the assumption that the aircraft be able to operate on both conventional JP-class fuels and HEF-3. 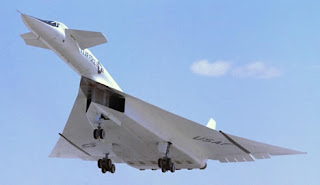 Requiring the use of HEF-3 on the XB-70, however, was withheld by the Pentagon pending further evaluation of the operational advantages and disadvantages of HEF-3. While the refining of JP-class fuels was relatively simple, the production of HEF-3 required several extra steps beginning with simpler boron compounds. These extra steps added considerable cost to the price per gallon of HEF-3. Estimated of an HEF-3 facility built and operated to support one combat wing of operational B-70As resulted in a $10/gallon of HEF-3; adjusting for inflation, a gallon of HEF-3 today would cost just over $75!
Compared to the JP-4 fuel that was to be used on the XB-70 prototypes, HEF-3 produced 25,000 BTUs/lb compared to 18,000 BTUs/lb for JP-4. The spontaneous ignition temperature for HEF-3 was 2,600 degrees Fahrenheit compared to 4,550 degrees F for JP-4. While HEF-3 presented on issues when in contact with metals, there were considerable concerns about it coming into contact with non-metal parts of the Valkyrie's fuel system. In addition, HEF-3 was more toxic than cyanide, which complicated storage and handling at SAC bases. The lower flashpoint of HEF-3 meant that nitrogen inerting of the fuel tanks was a required necessity and even the smallest leaks were unacceptable. In 1958, NASA, North American, the USAF and several chemical contractors formed an HEF Guidance Committee to provide more direction to research efforts and to keep those efforts in line with the development of the B-70. At this point, the intent at North American was to create a dual-fuel bomber that used JP-4 and HEF-3, but it began to add a significant cost to the unit cost of the Valkyrie, particularly when GE's own work on the HEF-3-powered J93 engine began to fall behind schedule. Despite this, in the summer of 1959 the Strategic Air Command began making its initial budget outlays for FY1960 for HEF-3 production to support the production Valkyrie bomber.
Dissatisfied with the progress, though, just weeks later the Pentagon canceled the HEF-3-powered J93 engine program and limited the Valkyrie program to the use of JP-4 fuel only. Testimony by USAF scientists before Congressional committees revealed that the technical hurdles and the operating cost of using HEF-3 as a jet fuel were prohibitive given the defense budget of the day. With the winding down of the HEF-3 program, the only research that remained on boron fuels lasted in the early 1960s at Edwards AFB as an additive to rocket propellant. There was, however, small consolation to the engineers and scientists involved that Soviet research efforts proved to be equally frustrating in making boron-based fuels practical. The hazardous nature of boron fuels for the most part proved to the final nail in the coffin of the research work.
Source: Valkyrie: North American's Mach 3 Superbomber