How American Airlines Shaped the A300 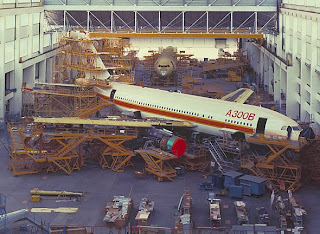 In 1966, Sud Aviation and Breguet of France signed an agreement to cooperate with fellow French aircraft company Nord Aviation and British manufacturer Hawker Siddeley on a medium-range twin-aisle widebody aircraft with two engines tentatively designated HBN100. French President Charles De Gaulle asked Roger Beteille, an experienced technical manager who was the head of Alcatel Space, a French space systems company, to head the new joint venture. Beteille was one of the few French aeronautical managers who was fluent in English as well and highly regarded by the Hawker Siddeley team. For the next year, Beteille honed the HBN100 design to reflect the European marketplace as well as to accommodate the delicate political aspirations of each of the partners in the program. Size, capacity, range and even engine options were hammered out.
By 1967 Beteille was aware of the coming widebody competition in the United States with the McDonnell Douglas DC-10 and the Lockheed L-1011 Tristar. Both aircraft were trijets whereas the HBN100 design would be a twin jet of slightly smaller size. Rolls-Royce was already working with Lockheed to launch the RB.211 engine for the Tristar whilst working on the proposed RB.207 engine for the HBN100. At the time, the HBN100 design was larger than what it would be come as the A300 and Rolls-Royce was investing more time and energy in getting the RB.211 to market than the RB.207, something that troubled Beteille (it would also ultimately lead to Great Britain pulling out of the Airbus consortium). In a master stroke, Beteille convinced the partner nations to accept a smaller design that could use the same engines as were being developed for the Lockheed Tristar (the Rolls-Royce RB.211) and McDonnell Douglas DC-10 (the General Electric CF6). By getting the partners to agree to a smaller design, Beteille insured that Rolls-Royce wouldn't delay the program by dragging its feet on the more powerful RB.207 engine. Ultimately in 1969 Rolls-Royce abandoned development of the RB.207, so Beteille's decision was a prescient one.
With the Tristar and the DC-10 flying first, the engines could be debugged and by the time what would become the A300 first flew, the engine choices would be operationally mature. It was a master stroke that saved the A300 at its most nascent stage. But Beteille was no gambler and deliberate in his calculations to keep the program moving. He often told his associates that it would be necessary to understand the American market as it was the biggest passenger market in the world. If Beteille's aircraft was going to be a success, they needed to make it in the United States as well. The airlines of the United States at the time were the operational envy of the world and Beteille decided he needed to meet with both United and American, as both airlines were known for the technical expertise and operational efficiency. And it didn't hurt that both airlines were launching the DC-10 which was powered by the same GE CF6 engine that Beteille wanted as an option on the A300. 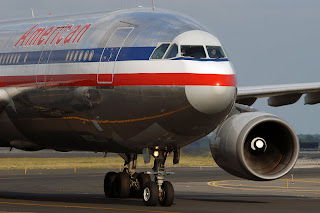 I had posted earlier about American Airlines' selection of the DC-10 and how American had laid out the original specifications for a widebody twin. The other airlines briefed wanted either three engines or four engines and American was the only airline who wanted only two engines. After meeting with United Airlines in San Francisco, Beteille met with Frank Kolk, American Airlines' VP for Development Engineering who originally authored the specifications that led to the DC-10. When Beteille met with Kolk, the tough-talking Texan admitted that he was disappointed that the DC-10 would have three engines as he would have much preferred a widebody twinjet. Neither McDonnell Douglas or Lockheed was interested in a twinjet and Kolk was very enthusiastic to meet with a team that shared his vision for widebody twin despite American's launch of the DC-10. In their discussions, Kolk discussed in detail what American wanted and its reasons for wanting a twinjet (fuel economy, operating economics, lower price per aircraft given that engines can amount to 35-40% of the cost of a new jet). Knowing what Beteille had planned, Kolk shared the original specifications with him and Beteille quickly returned to Europe and used American's specification and results of his discussion with Frank Kolk to nail down the final configuration and operating parameters of the A300.
On 11 December 1968, the newly-formed Airbus Industrie revealed its Airbus A300B design to the aviation world. To this day Roger Beteille believes that it was the advice and discussions with Frank Kolk that made the A300 so successful that it formed the basis of the later A310, A330 and A340 jetliners. Ironically, it wasn't until April 1988 that American Airlines took delivery as the launch customer of the extended range A300-600R that was recently retired after over 20 years of service with American. Despite already having the Boeing 767-200/300 in the fleet, the A300 in its penultimate incarnation did eventually serve with Frank Kolk's airline!
Source: Flight of the Titans: Boeing, Airbus, and the Battle for the Future of Air Travel