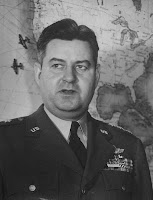 By 1958 the Soviet air defense network had improved considerably and unlike the CIA and their U-2 operations, the Strategic Air Command lacked any illusions of the survivability of their jet bombers at high altitude through those air defenses. As a result, SAC began developing plans for the strike missions to be carried out a low-levels in an effort to fly under the radars along the perimeter of the Soviet Union. In 1959, SAC in cooperation with the FAA announced the creation of seven low-level training routes that were dedicated to SAC bomber training- given the code name "Oil Burner", these routes were located in thinly populated areas of the United States and were 20 miles wide, up to 500 miles long and restricted to altitudes no higher than 1,000 AGL.

General LeMay, the chief of staff of SAC, had already had established 13 radar bomb scoring (RBS) sites at fixed locations across the United States that were used in the training and assessment of the perfomance of SAC bomber crews. The problem arose that these 13 sites became very well-known to SAC crews and became less-challenging within a relatively short period of time given SAC's intensive training regimens.

The solution was to create a series of mobile RBS units that traveled the country in specially-modified trains called the RBS Express. These mobile RBS units could set up on any railroad siding and in effect, set up a totally new training target for SAC crews.

SAC's 1st Combat Evaluation Group (1CEVG) had three squadrons assigned to it that were charge of the fixed RBS sites- the 10th, 11th, and 12th RBS Squadrons were each assigned a particular geographic area of the United States. Each RBS Squadron had about 7 to 8 detachments and when the RBS Express was created, each squadron got a train.

These trains were pulled by commercial locomotives contracted by the Strategic Air Command. Outside of the commercial locomotive used, there were 21 cars in each RBS train. Four cars were flatbed cars with radar tracking vans and equipment attached and the other 17 cars were support cars for the RBS detachment- one car was a generator car to provide power to the RBS equipment, two boxcars for radar equipment support and maintenance, a dining car, two day room cars (acting as office and personnel transport), several supply cars, four Pullman sleeper cars that acted as dormitories for the RBS personnel, and an administrative car for the detachment commander which was usually the last car in the train. A B-25 Mitchell also accompanied each RBS train to act as a radar calibration target once the unit was set up at a given location.

The trains were immaculately maintained, with the radar units painted white and the other cars painted gloss blue, each with the SAC shield on it. The undercarriages were painted black. Approximately 30 or so personnel went with each RBS Express deployment which could last anywhere from several weeks to as long as six months.

The first two RBS Express trains deployed in August 1961 and were pulled by Union Pacific locomotives. Until the miniaturization the radar equipment made them road-portable, the RBS Express covered the country along the Oil Burner training routes well in the early 1970s.