The Groundbreaking Gun Turret of the TBF Avenger 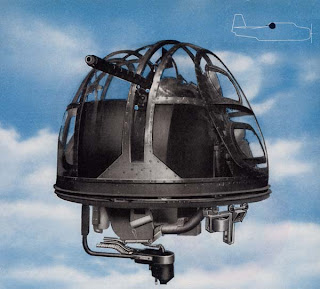 On 8 April 1940 the US Navy ordered two prototypes from Grumman for a multirole torpedo bomber to replace the antiquated Douglas TBD Devastator. With Grumman having well-established credentials in designing tough carrier-based fighters, what would be come the TBF Avenger had a remarkably smooth development period due to the experience built up in designing and producing the same company's F4F Wildcat fighter. Their biggest single-engine carrier-based aircraft to date, a fully-loaded Avenger was twice as heavy as two Wildcats. But one of the Avenger's most significant technical innovations also happens to be one of the least-known features of the aircraft.
At the time the Avenger was ordered by the US Navy, few aircraft in any nation's service worldwide used gun turrets as most defensive guns were trained manually on gimbaled mounts through open hatches and windows. The gun turrets that were in existence used either mechanical or hydraulic systems to rotate the turret in azimuth and to raise or lower the gun in elevation. Mechanical systems used wheels and brakes operated by the gunner and hydraulic turrets used the same systems as mechanical systems but with the addition of hydraulic power to lessen the physical effort needed by the gunner to track and engage targets. Neither system was satisfactory for Grumman's engineers and combat use showed that the systems were either too slow or too heavy for use on a single-engined carrier-based torpedo bomber. The Navy asked Grumman for a more responsive system that was also lightweight.
Leroy Grumman turned over the challenge to the first electrical engineer hired by the company, a young ex-General Electric engineer named Oscar Olsen. Grumman assigned him the challenge of developing an electrically-driven system for the Avenger's gun turret. The challenge was bigger than it seemed- depending upon the flight attitude of the aircraft, different sides of the circumference of the turret would present different loads to any drive system resulting in differing speeds which would adversely affect target tracking. For instance, if the Avenger were in a dive, and the turret was rotating to engage an enemy aircraft, one side of the turret is rotating downward and has less of a load on the motor than the opposite side that is rotating upward against gravity and thereby presenting more of a load on the motor. 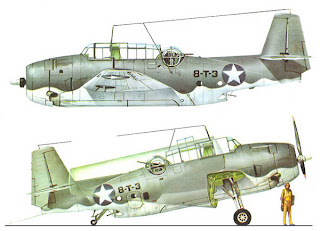 Olsen fell back on his experience with GE and looked at what were called amplidyne motors. These were electrical motors in which both the speed and torque of the motor can be controlled. Olsen knew that GE had made them for the construction industry where two motors were used to lift up a bridge span. Being on opposite ends of the span, it was important to have absolute control over both the speed and torque of the motors winching up the span. GE also made amplidyne motors for the steel industry to wind up the steel sheet used to make tin cans. As the flattened sheet comes out of the furnace, the tension has to kept within a narrow range or the sheet sags, or worse, breaks. Amplidyne motors were used to spool up the steel sheet- as the roll got bigger and heavier, the torque could be increased but the speed controlled to maintain the same amount of tension on the steel sheet. Olsen figured out that a set of amplidyne motors synchronized with an electric circuit would allow the Avenger's gunner to smoothly and quickly move the turret with just fingertip controls.
Olsen paid a visit to his old engineering colleagues at GE's research facility and explained what he needed and why he needed it. In a short period of time, GE produced by hand several prototypes of a small but powerful amplidyne motor that were installed and successfully tested on the TBF Avenger prototypes, proving the electrically-powered amplidyne motor-driven turret to be superior in all respects to both mechanical and hydraulically-driven gun turrets. The gun turrets on many different combat aircraft subsequently were patterned on the amplidyne motor-driven system devised by Oscar Olseon and pioneered in operational use by the TBF Avenger.
Source: The Grumman Story