The Merger of Delta Air Lines and Chicago & Southern Airlines 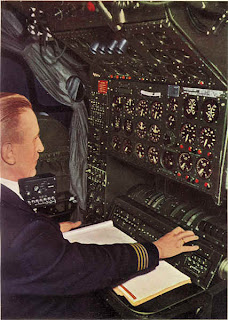 When Chicago & Southern Airlines was acquired by Delta Air Lines in 1953, as far as airline mergers go, it was one of the more peaceful ones in terms of merging the labor forces. Much of that stemmed from both airlines having a similar work environment and the paternalistic attentions of Delta's founder and CEO, C.E. Woolman. He agreed that Delta would honor the existing labor contracts with the C&S employees after merger until which time those contracts were due to expire. Surprisingly, he left open the door for continued union representation considering that other than the pilots, Delta was non-unionized. However, as each former C&S contract came up for negotiation before expiration in the years following the merger of the two airlines, fomer C&S employees decided to forgo unionization and follow with the rest of the Delta labor force. Though the parent unions raised some protests, by and large the transition of the ex-C&S unionized workers to non-union proceeded remarkably smoothly.

This was a sticking point in the merging of the labor forces and C.E. Woolman was adamant that "We must never put a board on a man's head", thereby restricting the career advancement of the flight engineers that came from C&S. Woolman presciently saw that would lead to labor issues in the future.

As a result, Delta advised all of the former C&S flight engineers that while none would be fired, Delta's flight crews were reserved for employees with pilot training and certification. The Lockheed Constellations that belonged to C&S that were kept by Delta after the 1953 merger would still have C&S flight engineers, but they as a group were advised that once the Constellations were phased out, they would be guaranteed a ground position at equivalent pay. Those who did not accept the ground position offer were let go, but treated as if they had been fired, with one year's severance pay tax-free in accordance with Delta's policies of the day.

Most of the C&S flight engineers resigned and sought jobs at the other airlines that still used mechanics as flight engineers. But Woolman's decision proved wise as in the late 1950s and early 1960s labor strife broke out at the other US airlines which in some cases resulted in strikes, all of which Delta easily avoided.

Source: Delta: The History of an Airline