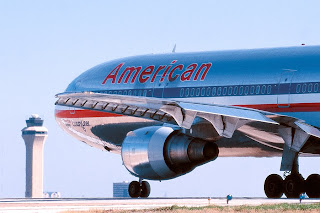 American Airlines' involvement in the development of the Lockheed and McDonnell Douglas widebody trijets was extensive. It all goes back to when George Spater took over the reins of the airline from the legendary C.R. Smith.  In the 1960s, Spater was faced with trying to decide between the Lockheed L-1011 Tristar and the McDonnell Douglas DC-10. By some accounts, it was probably the most difficult decision Spater had to make while at the helm of American, all while living in the shadow of C.R. Smith.

Back in 1966, American's VP of development engineering, Frank Kolk, was worried about the frenzy surrounding Boeing's launch of the 747 program with order committments from Pan Am. Many airlines besides American began to wonder if they could fill 400 seats and at American, it was Kolk who sounded the alarms to C.R. Smith. "C.R., it's just too damn big for our route network!" he'd exhort every chance he got. But because American's transcontinental 707 services boasted the highest load factors in the airline's network, the 747 order was placed anyway. But, since C.R. Smith found Kolk's arguments compelling, he sent Kolk to talk with the major airframe manufacturers about a smaller widebody jet.

Boeing wasn't interested as it was immersed with the 747 and the 727/737 production lines were running at maximum capacity. The manpower just couldn't be spared. Douglas was also not interested as it had its own financial problems that would result in its merger with McDonnell the following year- the DC-8 line hadn't recouped its costs yet and the company was scrambling to pacify its DC-9 customers who were upset with production problems and delays (at one point Eastern even filed suit).

Lockheed, however was very receptive and went to work immediately on a design based on Kolk's specifications for a twin-aisle twinjet that carried 250 passengers and could operate out of New York La Guardia. But other airlines, once briefed on Lockheed's work, didn't like two engines. United, in particular, wanted four but could live with three engines. Eastern would accept no less than three engines as the overwater flight rules of the day dictated that a twin jet could not fly further than 60 minutes from a diversion airport. With many of its destinations in the Caribbean, a three or four engined jet could fly direct over the Atlantic from the Northeastern United States. As other potential customers like TWA provided their opinions, the consensus over-ruled American Airlines and the Lockheed widebody jet would be a trijet.

With Douglas financially invigorated after the merger with McDonnell, in-house studies to Kolk's initial brief would become the DC-10 to compete with what would become the Lockheed L-1011 Tristar. American now faced a choice between two very similar widebody trijets. But there was a hitch- American preferred the new Rolls-Royce RB.211 engine, but the RB.211, being a more compact design thanks to its three-spool system, was too short for the DC-10 tail nacelle. As advanced as the Tristar was, Spater and the American engineering staff preferred the DC-10. Though C.R. Smith himself expressed a strong preference for the Tristar, it was Spater's call to make. Some accounts on this period in American's history point to the experience with the Lockheed Electra having biased the airline against Lockheed despite the more advanced features of the L-1011 Tristar.

Spater even talked with the head of Rolls Royce about modifying the RB.211 for the DC-10, but given that American was the only airline making the request, no guarantees could be offered to American. 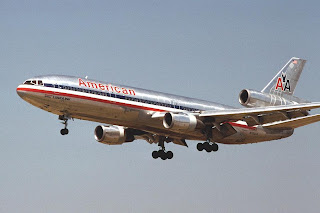 There was even consensus among the various US airlines that there wasn't a sufficient market to justify two competing widebody trijet designs and there were even discussions between Spater and other airline presidents about settling on a single type. Many analysts crunching the numbers for the airlines pointed out that both aircraft being produced would eventually (and prophetically) be detrimental to the future of the commercial aircraft manufacturing at both Douglas and Lockheed. When Delta, Eastern, and TWA ordered the L-1011, the assumption was that American and United would follow suit. But United refused to accept a British engine and ordered the the DC-10 with the General Electric CF6 engine. With what was thought to be a unified front shattered by United's surprise decision to break ranks, Spater felt more comfortable and went ahead and sign a launch order for  25 DC-10s along with United Air Lines with ordered 30 aircraft. On 29 July 1971 at a joint delivery ceremony at Long Beach, the first DC-10s for United and American were handed over together.
Source: Eagle- The Story of American Airlines