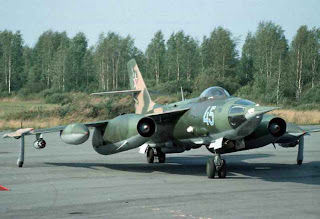 The Soviet military high command watched with intense interest the American experience in dealing with the dense enemy air defense environment in the skies over North Vietnam. From the lessons noted, the Soviet military had made two conclusions about the American experience- first, that the USAF and the US Navy had placed considerable importance in the suppression of enemy air defenses (SEAD) with specialist aircraft like the Wild Weasels, specialist weapons like the AGM-45 Shrike, and tactics in dealing with what was essentially a Soviet model air defense system protecting North Vietnam. Their second conclusion was that the technological primacy of the United States would the main offset to the Soviet and Warsaw Pact numerical superiority in the event of a conflict in Europe. This meant that not only could they expect the NATO Alliance to deploy sophisticated anti-radar weapons, but that the same technological advances gave NATO a potent air defense system of its own that would have to be dealt with in the event of a Soviet invasion of Western Europe. While both the Soviets and the Americans favored a layered approach to SEAD with specialist aircraft, weapons and tactics, the main difference lay in the operational use of SEAD assets.


Soviet doctrine had SEAD an integral, if not indivisible part, of air operations over Western Europe. While SEAD was primarily a function of specialist units for the NATO Alliance, Soviet SEAD operations were present and integrated into every level of the air battle as their strategy called for "santized" corridors through western airspace to allow their strike aircraft to ingress and egress their targets in the West. For the NATO Alliance, SEAD operations focused on specific locations and weak spots that ELINT (electronic intelligence) had mapped out. Given the numerical inferiority of the SEAD forces of NATO, a focused effort as opposed to a broad effort made more sense. From 1959 onward Soviet doctrine included the early use of nuclear weapons. While tactical and battlefield nuclear weapons were to be used against targets relevant to the land battle- supply depots, troop concentrations, and the like, the SEAD effort called for a series of high-altitude nuclear detonations over Western Europe which would generate a significant amount of electromagnetic pulse (EMP) that would short out electronics of alliance weapons systems and wreak havoc with communications. 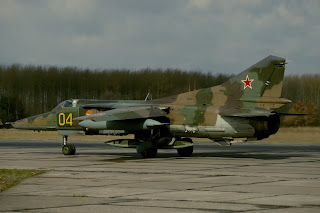 Unlike the West where SEAD aircraft were grouped in specialist units, the Soviet Air Force and its Warsaw Pact allies had their SEAD assets parceled out to what were called "task groups"- these were squadron to wing-sized organizations that were assigned from four to eight SEAD aircraft. When a task group was assigned a target, it was the responsibility of the SEAD aircraft to clear the way for the strike package across predefined "santitized" air corridors across West Germany. The prime targets for the Soviet task groups were NATO's air bases and nuclear weapons bases. The SEAD aircraft of the task group were then responsible for dealing with any residual air defense assets that remained after the initial nuclear salvo. The Soviets in particular were concerned with the dispersal of tactical nuclear assets like the Pershing intermediate range ballistic missile and the locations of the alliance's nuclear weaponry were high on any task group target list.
Soviet planners envisioned NATO's air defenses as a pyramid with the airborne early warning aircraft (like the  Boeing E-3 Sentry AWACS) and early warning radars as the top of the pyramid, disseminating information to other air defense assets that formed the intermediate and lower levels of the pyramid. Realizing that the AWACS aircraft and early warning radars were a key node in the NATO air defenses, considerable effort was apportioned to neutralize these assets, the idea that it would deprive the alliance of the overall picture of the evolving battle. In making the shrewd assessment that there were less AWACS aircraft and early warning radars than lower level, shorter range systems, the Soviets counted on confusion as part of the effort against these more numerous systems which could easily be engaged having lost their long range vision. Though such battlefield systems were still effective as NATO wasn't as reliant on central control as the Soviet air defense model, they were sure to be less coordinated with the key node at the top of the pyramid neutralized. 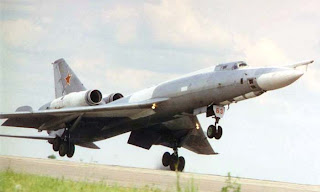 Another key difference in the Soviet SEAD doctrine was a reliance on both stand-off weapons and stand-off jamming. While American SEAD and electronic wafare aircraft functioned close to their targets to insure a kill, the Soviets favored longer ranged weapons that could saturate the area and stand-off jamming using specialist aircraft that could jam radars from even a hundred miles out. These jamming aircraft were usually based on either bomber aircraft like the Tu-16 Badger or the Tu-22 Blinder or transport aircraft like the An-12 Cub. The Soviets even fielded a stand-off jamming helicopter version of the Mi-8 that could jam radar systems out to 62 miles. Barrage jamming from stand off ranges would fill the skies with static while SEAD aircraft assigned to the task groups could prosecute specific air defense assets as part of the integrated plan to deprive NATO of its nuclear weapons and aircraft. Shorter-ranged battlefield systems like the British Rapier SAMs or the French Roland were essentially ignored unless they were specifically arrayed in defense of a task group target. These short range systems were to be dealt with by artillery units of the Soviet and Warsaw Pact armies. Anti-radar missiles were reserved soley for high-value assets and targets in the Soviet doctrine as it was felt that over-saturating those assets was the only way to defeat the West's technological superiority.
Soviet planners envisioned the "sanitized" air corridors over West Germany to be approximately 30-35 miles wide and 124 miles deep. To hit all the necessary high value targets of the alliance, six corridors were needed and a combination of jamming, chaff, and nuclear weapons would keep those corridors open. These corridors were meant to allow the strike packages of the task groups to cross past the most dangerous air defenses which were expected to be over West Germany. Once exiting the corridor on the western end, strike packages then followed their own routes to targets, protected by the organic SEAD aircraft that were assigned to each task group. Many of these corridors were opened up not just by SEAD aircraft, but also by artillery as mentioned already, and by surface-to-surface battlefield missile systems like the SS-21 "Scarab" which had a range of 45-70 miles and could be fitted with a radar-seeker to hit air defense radars. The SS-21 in particular was expected to be used against the Raytheon Hawk SAM batteries.
The closest that the Soviets and the Warsaw Pact came during the Cold War to using these tactics came during the 1968 Prague Spring in which Alexander Dubcek's reformist government began a series of liberalizing moves in Czechoslovakia that alarmed the Soviet leadership. Following the failure of negotiations through early August to dissuade the Prague government from moving forward, on the night of 20-21 August 1968, over 200,000 Soviet and Warsaw Pact troops invaded the country. Realizing that Czech radars and military units would see the invading forces and supporting aircraft, the Soviet air force initiated an intense, six-hour long barrage jamming effort that blinded the radars while electronic warfare versions of the Antonov An-12 transport sowed an impressive chaff corridor 230 miles long that not only allowed Soviet airborne forces to take Prague, but it also protected the jamming aircraft as well behind curtains of radar-blocking chaff. The corridor was maintained and renewed with more chaff for the six-hour duration of the initial invasion. Other specialist aircraft jammed the Czech communications networks, keeping their own forces from mounting a response to the invasion.
The next post in this series will take a closer look at the specialist aircraft that were the Soviet counterparts of the Wild Weasels and tasked with destroying NATO's air defense radars and SAM sites. Stay tuned!
Source: Wild Weasel Fighter Attack: The Story of the Suppression of Enemy Air Defences