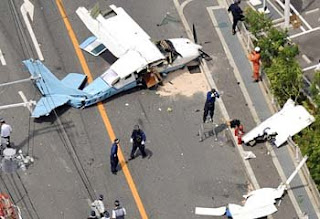 Despite an overall decline in accidents by airline operators in the last several decades, the general aviation accident rate has not changed as significantly. While it's obvious that those are two different worlds of flying that contribute to that difference, efforts to improve general aviation safety in the last several years haven't had the desired impact. The insurance company Avemco only insures piston aircraft and has embarked on a significant study to determine what can be done to improve general aviation safety. While admittedly that's financially self-serving for them, the preliminary results have lessons to be learned for the GA community.

Given that Avemco has very detailed information on the pilots they insure as well as on the exact nature of claims made, they are in a unique position of having a database that is more comprehensive than what the FAA and NTSB would otherwise have access to in any accident investigation. In addition, the FAA and NTSB databases only have information on accidents while Avemco's database also includes insured pilots who have not filed claims.

Their findings so far have been interesting. First of all, advanced ratings make no difference in the overall risk. It makes no difference in the accident rate by their data if the pilot has an IFR rating vs. VFR rating, or even an ATP certificate. Also, after several hundred flight hours, overall flight time doesn't make a difference either. While recent type experience does make a difference, the overall hours in a pilot's logbook have no influence on the accident rate either. It may be that what one gains in experience from advanced ratings is offset by new risk exposures. As a result, Avemco has focused on the psychology of the pilot as the primary difference between pilots who have accidents and those who don't.

Bill Rhodes, a human behavior specialist retired from the US Air Force Academy, is heading the research effort at the company. Though the work is far from complete, some overall patterns are starting to emerge from an exhaustive analysis of their database.

It seems that overall experience, skill, and level of training are important in preventing minor accidents. Usually these accidents don't meet the NTSB's criteria for reporting, so they don't appear in the federal safety investigation databases. But minor accidents are reported to the insurance company in the form of claims for a variety of incidents from fender-benders on the taxiway to a hard landing. These are typically accidents that are injury and fatality-free and more often than not, the more experienced the pilot regardless of ratings, the lower the minor accident rate.

In major accidents, however, involving injuries, fatalities or an aircraft write-off, the contributing factors are a bit less clear. Considering that on the average 500 people a year are killed in general aviation accidents in the United States means that finding a way to prevent major accidents doesn't just improve safety, it also helps the insurance company's bottom line as those accidents are its priciest claims. It seems that there's no difference between high-time and low-time pilots when it comes to the major accident rate.

Being a human behavior specialist, Rhodes has put a series of pilots through stressful simulator sessions that tax their abilities in an effort to understand the human factors in emergency and complex situations more clearly. It appears that one group of pilots is able to prioritize tasks quickly and effectively in such situations. He also measured physiologic parameters such as heart rate, breathing rate, and changes in speech patterns and this group of pilots were clearly under stress but adapted and handled the stress easily.

The other group of pilots it turns out don't handle stressful situations well. They unnecessarily try to multitask and are unable to filter out what is important and what's not in a given situation. It appears that this group of pilots may also be taking on additional risks that the first group of pilots won't because that first group will make conservative decisions at the outset to minimize their risk exposure.

While this information might seem intuitive, the key in improving general aviation safety lies in finding a way to identify those pilots who are more at risk as well as making risk assessment an important part of general aviation pilot training much in the same way it's universally applied in military flying which boasts a lower accident rate with low-hour pilots operating higher performance aircraft than most general aviation pilots will ever command.